Home / Resources / Learning from my Intern: A Mentor’s Story

Learning from my Intern: A Mentor’s Story 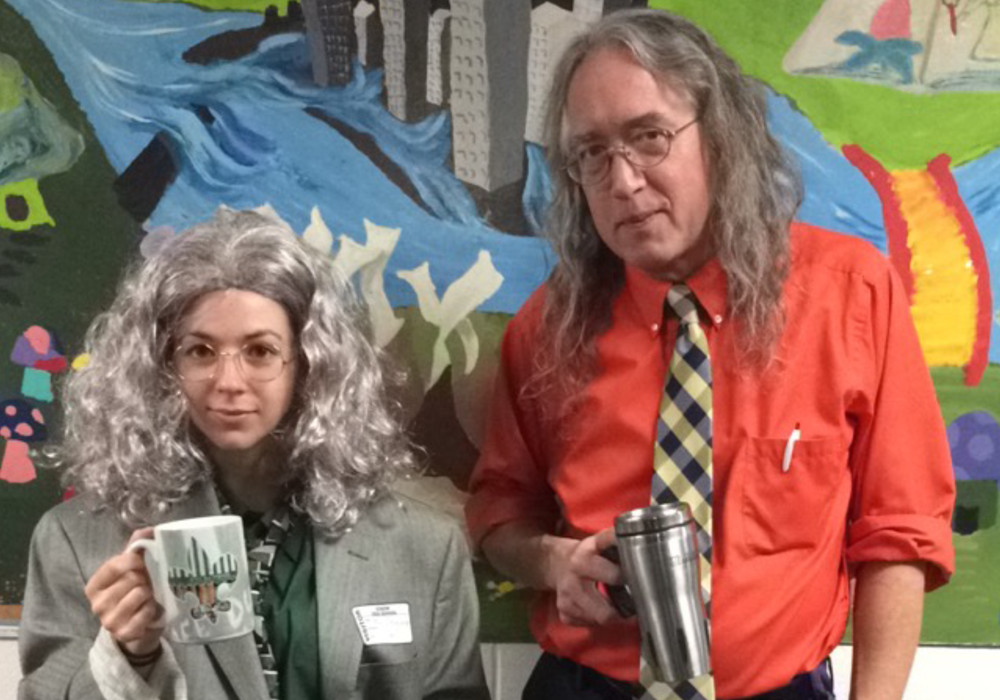 When Meagan Leddy arrived at Oxbow High School in August, I was beginning my twenty-sixth year teaching English and had agreed to be her mentor teacher. To appreciate this story, you’ve got to picture Meagan. She is a diminutive Dartmouth grad with a sweet voice and a smiling face. Her glasses are bigger than her head. She dresses unlike any millennial I had ever encountered. Let’s call her style “throwback schoolmarm cool.”

I thought the students were going to chew her up and spit her out and she would be weeping in the hallway for the next four months of her internship at Oxbow.

Maybe she could make inroads with the polite, academically accomplished and eager beaver AP Lit students? But mostly, we’re dealing with typical seventh graders. Getting her to wrestle those students into shape would be a miracle.

But slowly, the miracle happened.  In mid-November, Ms. Leddy took over the class that was populated by lots of football players. If I had taught the challenging text-based class there would have been grumbling. Not so for Meagan. After her opening presentation, one of the students remarked, “You put a lot of work into this.” And, so, they did, too. They stuck with it and with her. No grumbling. Good focus. Solid writing.

So, how did Meagan get there? She went to their football games, soccer games, middle school games, dances, the Mr. and Ms. Oxbow variety show, and spent time in the hallways in their faces, asking them questions, getting to know them. She found out who they were and met them there, and let them know, reassuringly, that they could be more than they were. Word spread. Miss Leddy was cool. Miss Leddy was fun. Miss Leddy was smart.

Years from now, I imagine she will remember these early days in her education career. I will. And I know my students will do more than remember the moments with her here at Oxbow. They’ll treasure them.