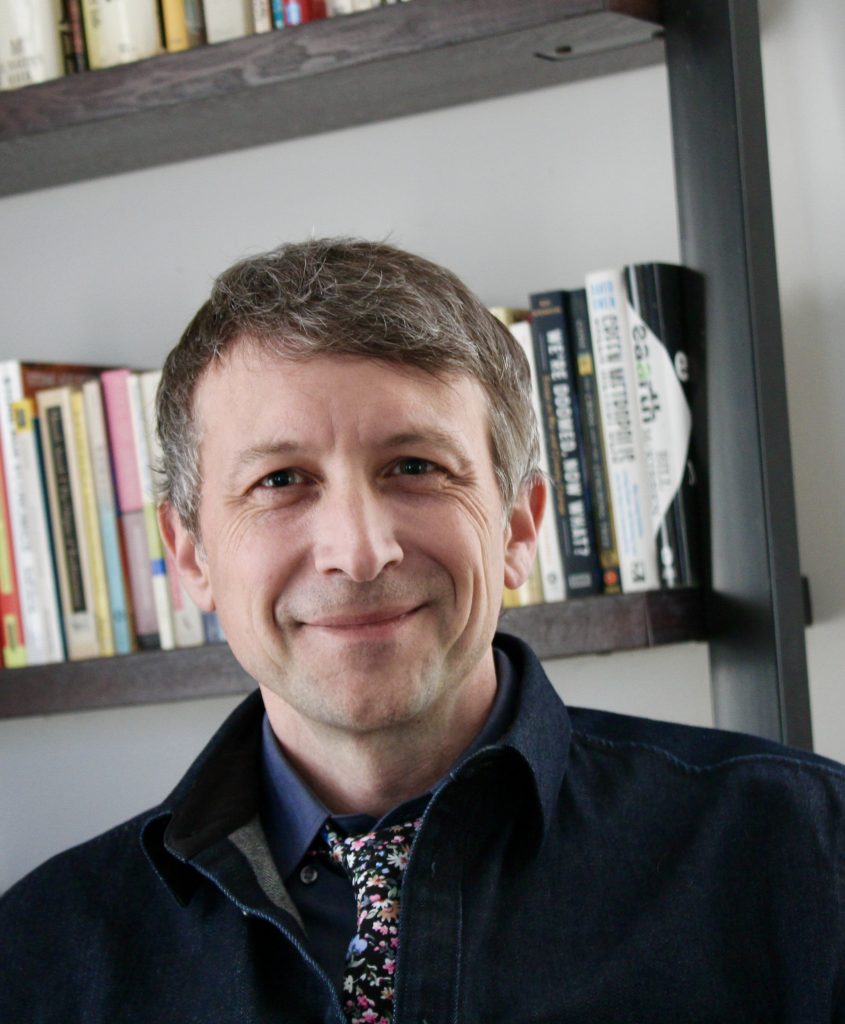 The Upper Valley Educators Institute Board of Directors has appointed Elijah Hawkes, MSEd, to the position of Director of School Leadership Programs, beginning July 1, 2021

Elijah Hawkes has been the principal at Randolph Union High School and Middle School in Randolph, Vermont since 2011.  “For years I’ve been a guest teacher at UVEI leading discussions on the moral dimensions of school leadership. And for years I’ve had the privilege to mentor UVEI’s school leadership candidates and work with teacher education candidates,” Elijah said. “I’m joining UVEI because the organization’s values are strong, the model is effective, and because the program’s reach and positive impact on schools is extensive.”

“Elijah’s leadership at Randolph embodies our model for effective leadership,” said UVEI Executive Director, Page Tompkins.  “He’s focused on equity; deeper learning; developing students’ habits of mind, hand, and heart; and has successfully distributed leadership among the faculty and students, which allowed them to further projects that matter to them, such as the project-based learning courses and the first ever state-wide, student-led conference on racism in schools,” said Page. “We are fortunate to have him as a part of our team, and I know his impact on the next generation of school leaders will be a powerful one.”

During Hawkes’ tenure at Randolph the school saw graduation rates rise from persistently below state averages to firmly above. In addition to his work leading Randolph Union, Elijah was a founding principal of the James Baldwin School in New York City, one of the “successful progressive schools” serving “communities of color” in the city (The Nation, 2016). He is the author of a book published last year, School for the Age of Upheaval: Classrooms that Get Personal, Get Political and Get to Work. His writing has also appeared in numerous publications, including the books Rethinking Sexism, Gender, and Sexuality, and The New Teacher Book by Rethinking Schools, as well as Teaching When the World is on Fire, edited by Lisa Delpit. He is a contributing editor at the journal, “Schools: Studies in Education,” published by the University of Chicago Press.  He earned his School Administrator Supervisor Certificate & Masters Degree from the School of Public Affairs, Baruch College, City University of New York.

UVEI’s outgoing Director of School Leadership Programs, Nan Parsons, has served in the position for seven years and led the program through a period of significant growth.  She recently accepted a position as Assistant Principal at the Ray School in Hanover, New Hampshire and will continue with UVEI as an adjunct faculty member.